A Brief History of Energy Deregulation 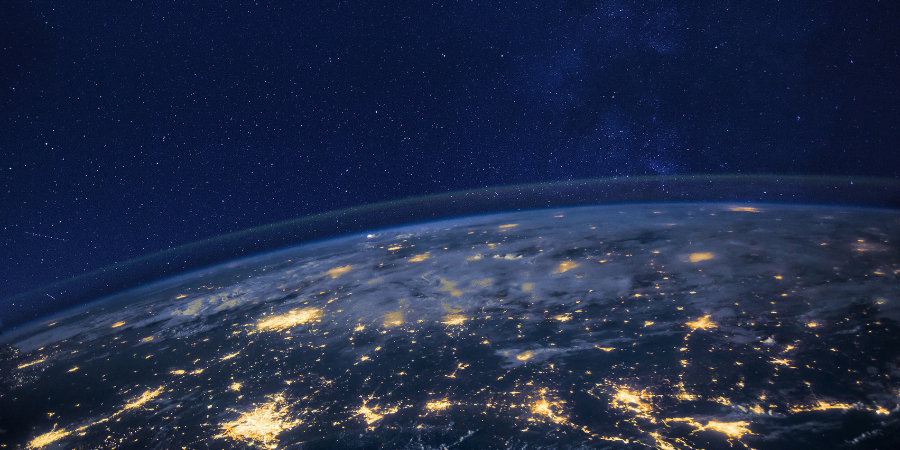 Electricity and natural gas are essential utilities for our homes and business. That’s why there is so much government oversight and regulation when it comes to the energy markets. Energy deregulation brought a whole new aspect to our utilities as we know them today. In this article, we outline the timeline of energy deregulation and its impact throughout the United States.

Skip Ahead To Each Section:

History of the Deregulated Energy Markets.

When electricity and natural gas were first discovered in America, there was a race to create industry and supply homes and businesses with energy. Historical titans like JP Morgan and Westinghouse raced to develop the first electric utility companies as we know them today. As these titans of the industry grew the new energy economy, they developed true monopolies in the industry.

When the U.S. stock market crashed in 1929 causing the Great Depression, the energy industry came into focus. Large companies dominated electricity supply and delivery, and could, in essence, charge customers whatever they chose.

Because these new forms of energy became so essential to everyday life in America, the government decided it needed to step in to regulate these monopolies. People could barely afford food, let alone high electricity bills. In 1935, the government responded by passing the Public Utilities Holding Company Act.

The Public Utilities Holding Company Act (PUHCA) was the U.S. government’s first attempt to regulate energy companies. There were many investors, who through holding companies, controlled the electric and gas utilities in America. The government sought to regulate these holding companies by placing restrictions on their involvement in the delivery of energy and requiring them to register with the SEC.

Prior to the PUHCA, holding companies could attempt to recover their investments in utilities by up to 200% across multiple states. This caused citizens to pay much higher than needed energy bills. The act limited the return a holding company could collect and helped consumers save money.

At the time most electricity was generated by using oil and petroleum. In the 1970’s the price of oil skyrocketed causing electricity prices to follow. This prompted the government to get involved by regulating the nation’s dependence on this fossil fuel for power generation. Some of the most important acts passed in the 1970s included:

This order, issued by FERC, required “all public utilities to file tariffs providing non-discriminatory access to all wholesale users”. Prior to this order electricity generation and transmission, the transport of power from the generation plants to the local utility sub-stations was vertically integrated and owned by the utility monopolies.

This was another big step towards full deregulation as transmission lines became separate from generation stations. During this year, many states adopted partial electricity deregulation legislation.

By this time, the states of California, Texas, Rhode Island, New York, Pennsylvania, and Massachusetts had partial electricity deregulation. FERC Order 2000 helped to further full electricity market access with the creation of Regional Transmission Organizations, or RTOs, that were responsible for managing regional sections of the electric grid. Prior to this order, the electrical grid was managed on a state-by-state basis. RTOs allowed states to wheel power back and forth (transfer power) and also facilitated a more liquid wholesale trading market.

Under President Bush’s term, the Energy Policy Act was signed into place. This act transferred the regulation of utilities and energy companies from the SEC to FERC, the Federal Energy Regulatory Commission. 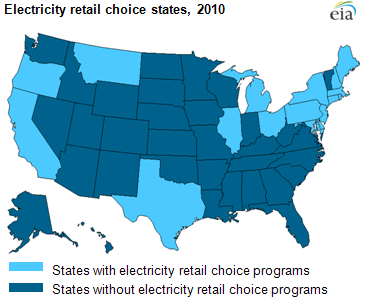 In a fully deregulated marketplace, such as Texas, consumers must purchase their electricity supply from a third-party electricity provider, or retail energy provider (REP). In these states, the utilities do not play a role in the supply or sale of power, they are merely distribution companies that manage local power lines and billing.

In states that are partially deregulated, such as Pennsylvania, Maryland, Illinois, New York, New Jersey, Massachusetts, and others, local utility companies still offer a standard service rate for electricity or natural gas supply. Consumers in these states have the option to shop for a third-party supplier or remain with the utility on a default rate. Other states, such as California, only allow certain types of customers to shop for third-party providers.

Although wholesale energy prices have continued to decline, with the exception of the recent spike in 2021-2022, many retail participants are still not taking advantage of energy choice in deregulated markets. According to this study published by the EIA, participation in energy choice has remained virtually the same since 2013.

There is a lot of controversy surrounding energy deregulation and its benefits to consumers and the economy. Proponents claim that energy deregulation lowers costs for end users, promotes economic advancement, furthers technology development, and spurs growth. Naysayers, on the other hand, claim that deregulation has raised costs for consumers and created confusion in the marketplace. Here is an article on some of the negatives of deregulation as it relates to the Texas energy crisis in 2021. The chart below outlines both sides of the argument:

Diversegy is one of the nation’s leading energy broker firms, offering electricity and natural gas solutions to commercial customers in all deregulated markets. Contact us today to become an energy broker.