The Top 10 Energy Companies in the USA: By Annual Revenue 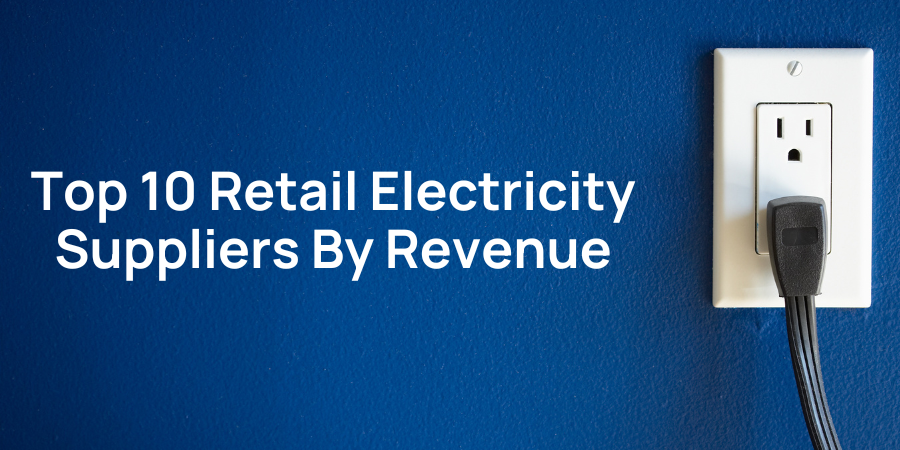 The Top Electricity Companies In The United States.

If you’re wondering who the top electricity suppliers and utility companies are in the United States, you’ve come to the right place. There are many benefits to working with a top energy company for your business. First, since most of these companies are publicly traded, you know that their supply contracts are valid and do not contain some sort of fine print to take advantage of you or your business. Furthermore, many of these companies offer hybrid, custom energy supply products that could be of benefit to you based on how you consume energy. Here is a list of the top 10 energy companies in the United States serving customers in deregulated markets.

EDF, formally known as Électricité de France S.A., is a France-based energy company that operates internationally in Europe, South America, North America, Asia, the Middle East, and Africa. The company owns and operates over 120 gigawatts of electric power and is involved in the wholesale, retail, and utility markets. EDF services over 38 million customers worldwide.

ENGIE is another French company involved in the electricity and natural gas industry. ENGIE’s operations include electricity generation, electricity distribution, renewable energy, nuclear energy, and natural gas. The company employs over 160,000 people worldwide and has over 20 subsidiaries.

NRG was founded in 1989 and is headquartered in Houston, TX. Recently, NRG has acquired many other electric retail suppliers including Direct Energy, Reliant Energy, XOOM Energy, Green Mountain Energy, Stream Energy, Discount Power, and Cirro Energy. The company generates over 23,000 MW of power across 40 different power plants and supplies electricity to customers in all deregulated states.

Constellation is an energy company located in Baltimore, Maryland whose current structure was founded in 2022 after splitting off from its former parent, Exelon. Constellation provides electricity services, natural gas services, and energy management solutions to residential and commercial customers throughout the United States. The company currently employs over 11,000 employees.

American Electric Power (AEP) is both a public electric utility and an electricity generation supplier. The company employs over 17,000 people and currently owns the largest electric transmission network in the United States. AEP is also involved in the generation of electricity producing over 38,000 megawatts of power.

Headquartered in Juno Beach, FL, NextEra Energy is the parent company of Florida Power & Light and is currently the largest electric utility holding company. NextEra is also involved in the retail electricity markets acting as an electric supplier in all deregulated states. NextEra currently employs over 14,000 people.

Calpine Energy is headquartered in Houston, Texas, and is one of the largest American energy companies today. Calpine is involved in both the wholesale and retail electricity markets and serves customers in 23 U.S. states and Canada. The company owns over 78 power plants that generate 26,000 megawatts of electricity.

WGL is a public holding company serving more than one million customers in Maryland, Virginia, and Washington DC. The company employs over 1,400 people and is involved in the electricity, natural gas, and renewable energy sectors. The company’s subsidiaries include Washington Gas, WGL Energy, WGL Midstream, and Hampshire Gas.

Energy Harbor is a retail electric supplier affiliate of First Energy Corporation, a public electric utility. The company currently operates in all deregulated states and operates the second largest non-regulated nuclear fleet in the country, supplying 33 terawatts of electricity. The company is headquartered in Akron, Ohio.

As one of the nation’s leading energy brokerage firms, Diversegy is proud to have relationships with the top energy companies in the country. In fact, on a regular basis, we negotiate and structure electricity and natural gas supply contracts from these suppliers on behalf of our customers. If you are looking for a supplier that can offer you the best energy supply plan for your business, you’ve come to the right place. Contact us today to learn more.

Get in touch with us today.