European energy markets have been extremely volatile since 2021, and this volatility is having a significant impact on global energy prices. Learn about the global impact of EU energy prices in this article. 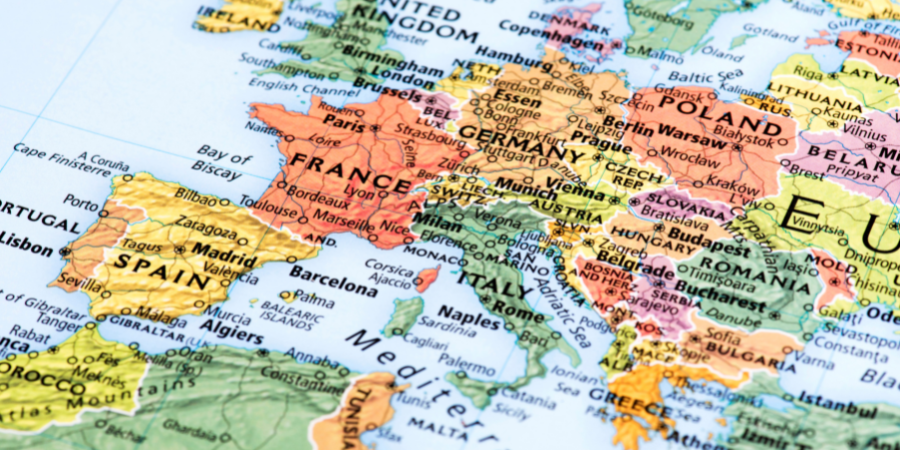 The Current Energy Market In Europe

Since early 2020, the EU has experienced a steep increase in both electricity and natural gas prices. And, since close to 40% of all European power production is derived from fossil fuels, such as natural gas, when gas and oil prices rise, so does electricity. Let’s take a closer look at both European natural gas and European electricity prices since January 2020: 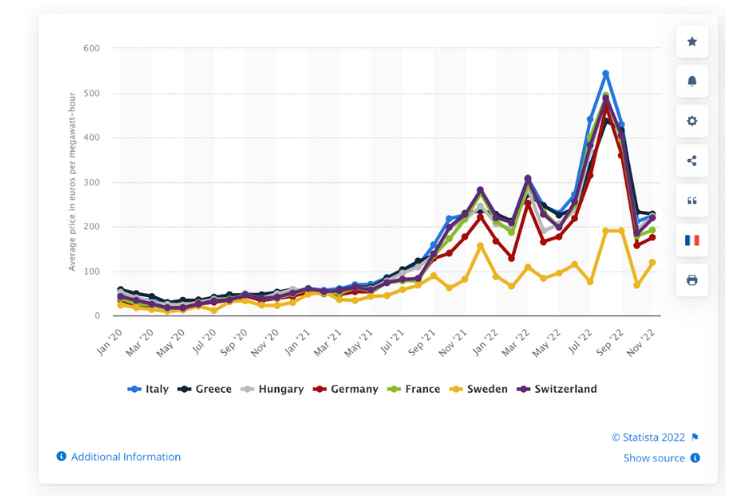 As we can see from the chart above, the average wholesale price of electricity in Europe has increased drastically since January 2020. Much of this increase is due to the exponential growth in natural gas prices as evidenced by the chart below. 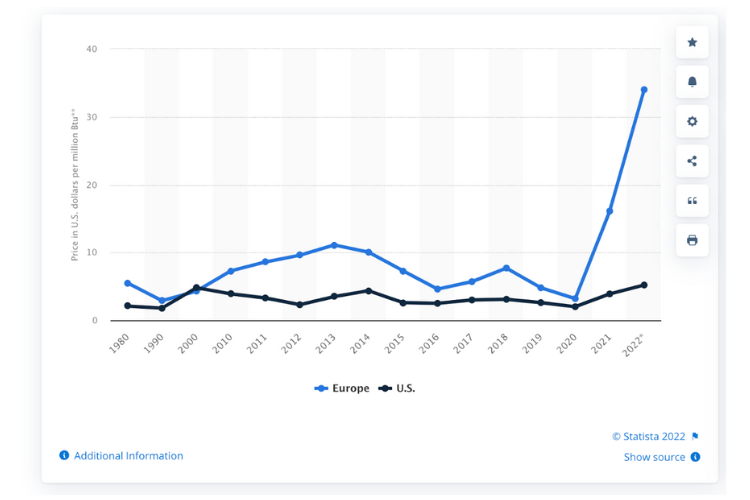 The chart above compared European natural gas prices to those of the United States. Although U.S. gas prices have increased significantly since 2020, the EU has never seen an increase in natural gas prices so dramatically since 1980. This spike in prices is largely due to supply and demand economic structures that we will discuss in more detail below.

Geopolitical Tensions And The Impact On European Energy Markets

Europe gets most of its natural gas from Russia. In fact, if it weren’t for recent U.S. imports, almost 100% of European natural gas would come from Russia. Due to the recent Russia-Ukraine conflict gas supplies to the EU have slowed for a number of reasons. First, the War has damaged some of the key pipelines supplying natural gas to Western countries. In addition, Russia has halted the supply of natural gas to European nations due to the conflict. This has created a gap in the market where demand is heavily outweighing supply, causing prices to drastically increase.

Furthermore, the construction of the Nord Stream 2 pipeline is now on hold due to sanctions from the War. This pipeline was to supply more natural gas to Europe from Russia. Although not directly impacting supply levels today, this event is driving up future prices due to trading and market speculation.

What Is Europe Doing About Energy Prices?

The European Union is scrambling to gain its energy independence from Russia. With no real plan in place, EU countries are using government programs to help subsidize businesses and citizens so that they can afford their increasing energy bills. Since 2020, the EU has invested almost $300 billion in subsidy programs and gas price cap programs to help alleviate the pressure felt by the energy price spike.

The EU is also now relying on the United States for liquified natural gas imports to offset its independence from Russian gas. Since the U.S. is flush with natural gas resources, they are doing their best to help European nations combat the energy crisis.

The European energy market crisis is not an isolated incident. In fact, EU energy prices are significantly impacting global energy markets. The United States, for example, has become a leading producer of natural gas since 2010. Just a few short years ago, the U.S. gained energy independence due to its aggressive production of natural gas.

Many gas producers in the U.S. see an opportunity to make profit and help struggling European nations. At liquified natural gas (LNG) terminals, equipment cools natural gas to its liquid state so that it can be transported to Europe. This new demand for U.S. natural gas is putting undue pressure on the supply metrics in the United States. Because of European energy demand and other domestic political factors, U.S. natural gas prices have more than doubled in the last few years. See the chart below:

Are you struggling with high energy prices at your business? Maybe it is difficult to understand what’s exactly impacting your energy bills. At Diversegy, our team of energy analytics study market fundamentals to better understand and advise our commercial and industrial customers. Contact us today to learn more about our future outlook on the energy markets.